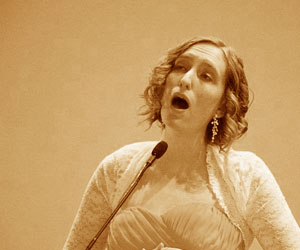 Heidi Ridenour has always enjoyed teaching music and has taught music lessons privately since she was in High School. She graduated from Mount Vernon Nazarene University in 2005 with a Music Education degree with a focus in Voice. She obtained her Master of Music Education degree and Kodaly Certificate from Capital Conservatory of Music in 2010.

She taught General Music, Choir at the Elementary, Middle School, & High School levels and was an assistant High School Band director in charter & public schools in Ohio & West Virginia from 2005 to 2011.

When Wesley & Heidi were blessed with their firstborn Lochlynn, she decided to stay home and expand her private voice and piano studio. Their rambunctious son Lincoln joined the family in 2014.

She has also enjoyed serving as Little Sandy Church of the Nazarene’s Pastors Associate of Worship since 2011. Heidi has performed at weddings, concerts, and in musical theater venues as a vocalist and instrumentalist. Some of her favorite genres to sing are: Classical, Jazz, Contemporary Christian & Musical Theater. 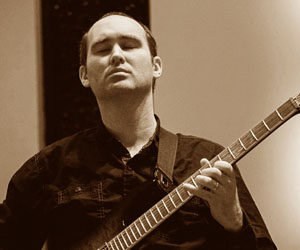 Wesley Ridenour is a musician, guitarist of all styles, and a teacher. He received his Bachelor degree in Music Education from Mount Vernon Nazarene University in 2005. He then went on to receive a Master of Music in Guitar Performance from Bowling Green State University in 2007. Wesley has performed recitals, concerts, and clinics in Ohio, Pennsylvania, West Virginia, and Maryland.

He was a Music Educator for the Preston County school system from 2011 – 2016. He has maintained a private guitar studio consistently since 2001 and continues to teach Guitar, Bass, and beginning Band instruments in his music studio located in Bruceton Mills, West Virginia. Wesley has held positions as guitarist for Mon River Big Band, West Virginia Public Theater, and Theater on the Lake in Maryland, and also has played guitar for many of the area high school theater productions. 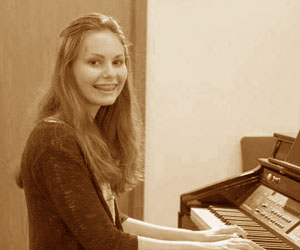 
Mikayla Teets will be a Senior at University High School. She has taken piano for 11 years, and has really enjoyed learning and growing as a musician. She was honored to be selected to participate in WV Governor’s School for the Arts for piano. She also loves swimming , reading , photography, and being with friends. 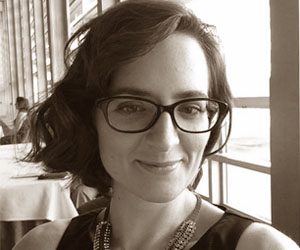 Jamie R. Wolfe has been a member of the Bruceton community nearly her whole life. She was born and raised in Valley Point, and attended Bruceton School and then Preston High School. Ever since she was a little lady, she has had a talent for drawing and creative thinking. Her life and education have always moved in the direction of creativity.

After graduating high school, Jamie Wolfe chose to attend college. In 2008, Jamie Wolfe was awarded the Bachelor of Arts in Fine Arts from Mount Vernon Nazarene University in OH. More recently in 2015, she achieved an Associate Degree in Graphic Design Technology from Pierpont Community and Technical College, WV.

Her talents, education, and training are very important to her and she wishes to do her part in making the arts an integral and respected aspect of the Bruceton community. It is with great excitement that she gets to share her creative talents with the community through the Ridenours’ Jubilee Academy of the arts in Bruceton Mills.

Don't Be Shy. Get In Touch.

If you are interested in taking a class with one of our instructors, send us a message and we will get back to you as soon as we can!